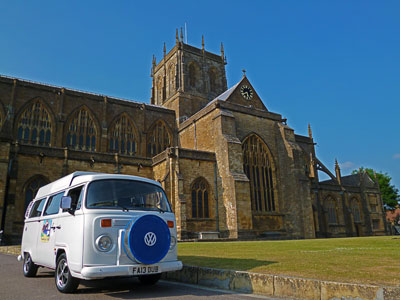 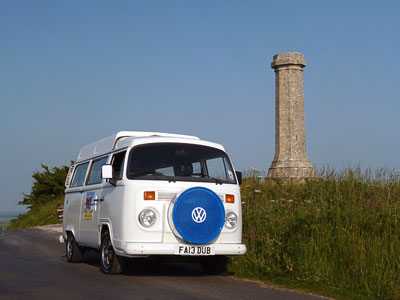 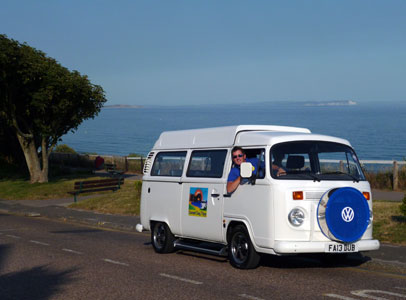 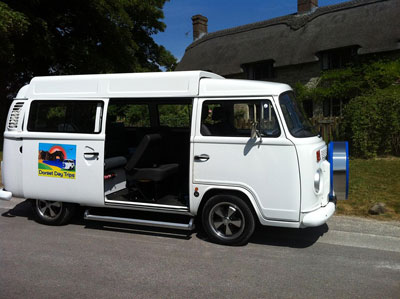 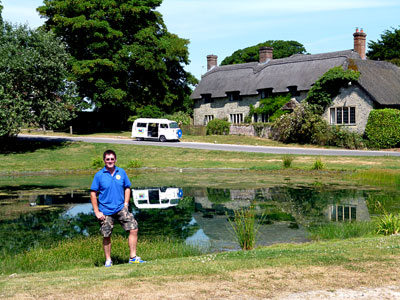 Our VW minibus is classically styled just like the surf-bound campers you will have seen in the movies and on TV – you won’t find a better way to see the sights of Dorset!! And with its frosty looks and blue nose we’ve called it “Snowy”!

Snowy’s official name is the Volkswagen Type 2, (the Type 1, by the way, was the Beetle!) and these have been made in many different forms since 1950, when the T1 model with its split front screen started production. Type 2s are also known as a VW Kombi, Transporter or Bus and in Germany the VW Bulli.

Then, in 1967, along came the replacement T2 with its front bay-window, and it’s this style that you’ll see on Snowy!

The T2 stopped being produced in Europe in 1979 (when the T3 took over), but in Brazil they continued to be produced by Volkswagen, and are known as the T2 Kombi. These have been brought to Britain and converted to UK specifications…and with Dorset Day Trips you can see just how much fun these classic vehicles are, but with the benefits of a modern engine.

Unfortunately 2013 was a sad year, as Brazilian production came to a close – the end of a legend …but Snowy lives on!

....so come on a V W adventure with Dorset Day Trips - book up today!